It was a bit touch and go with the weather this morning. Yesterday afternoon there was an 80% chance of rain at 7am, then by 8pm it was still 60% but our ever-the-optimist Commissaire, Nic Martin, decided we’d probably get lucky and we’d make the call in the morning. I woke up to dry ground in Maroubra and, although the radar didn’t look great, it looked like the rain would pass to the South. Racing was on!

Men’s A, B & C were first to go, though numbers were down quite a bit in A – whether that was an aversion to potential rain or just that the start was an hour earlier this month I don’t know. To make things interesting we gave B a lap head-start and told A they needed to catch them. Moans from B at this surprise handicap were assuaged once we confirmed that we’d still pay 1st, 2nd and 3rd in both grades. It worked well in the end with A catching B but not able to drop them, with a B-grader 2nd across the line. C got to do their own thing and had a good race amongst themselves.

We ran our first ever Women’s Handicap after the Men and numbers were very low, partly due to the weather looking more dodgy with the later start and partly due to a few training groups riding 200km+ yesterday. We almost ended up with as many women watching as racing!  Perhaps, just like your Super, “from little things, big things grow?” 😀

We started with a A and B grade bunches, with B getting 2:30 head start over A. The B-Grade bunch worked really well together, lapping only marginally slower than A on the watch and with 5 to go it looked like they might stay away. But that was before Nadia Younan lit the afterburners, dropped the rest of A and put her ITT skills to good use. In her first solo lap she took 30secs out of B, and though her catch rate slowed in subsequent laps she was only 10secs back at the bell. That was enough for her to roll through on the back straight and finish alone, with Sue Henry taking the sprint for second and an outstanding ride from Fiona Bennett in 3rd. Fiona did our Women’s Come & Try day about a year ago, so it’s good to see a ‘graduate’ from those days enjoying her racing.

Thanks to all who defied the radar and came down to race. Ladies, we’ll run another handicap in the future, but they work best when there’s a decent bunch, so spread the word and encourage your friends to come along to the next one. Keep an eye on our FB page for announcements. Thanks also to Nic Martin as Commissaire and to Matt Hale and David Jordan for marshalling. 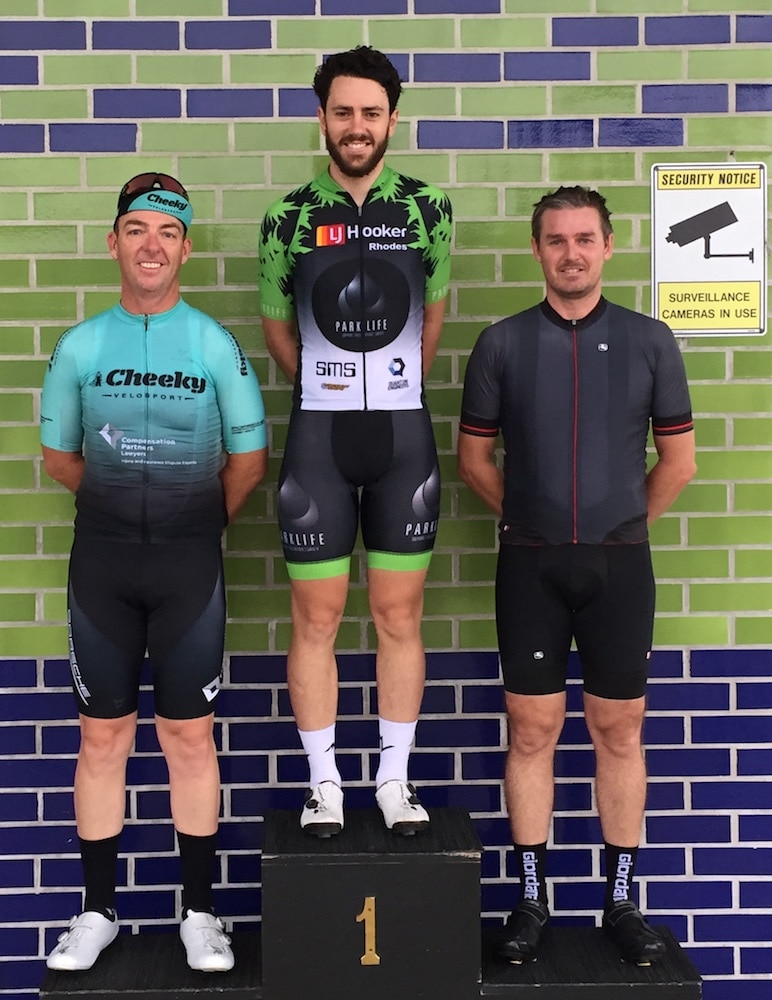 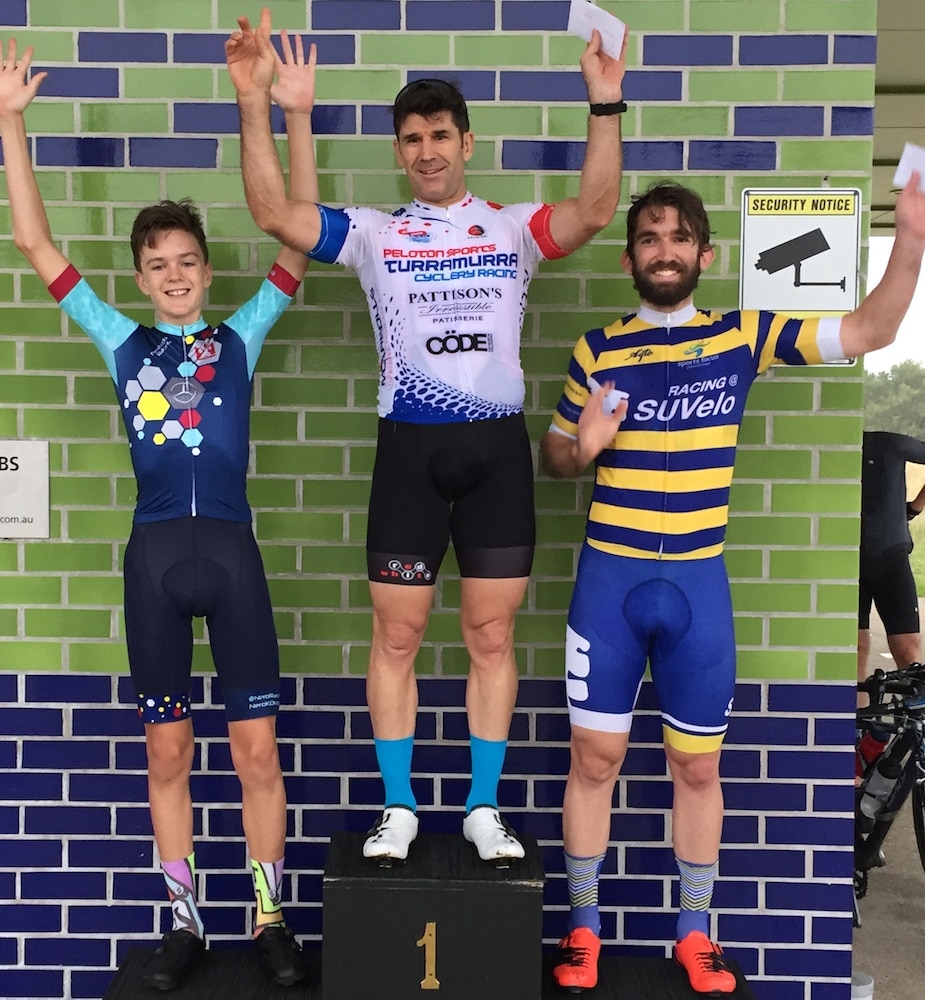 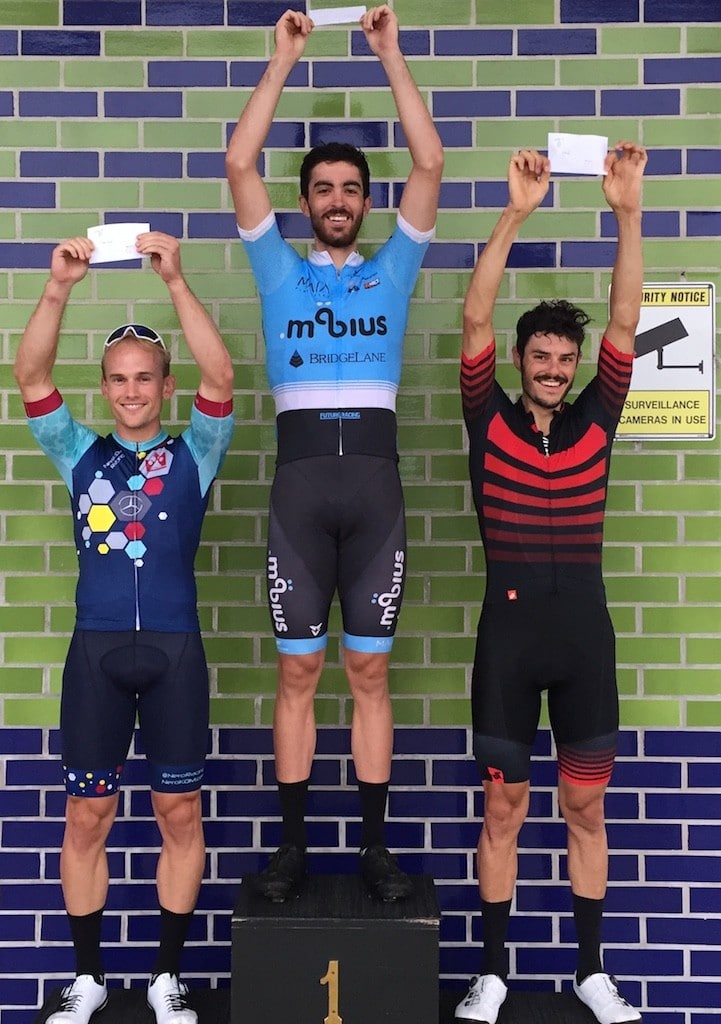 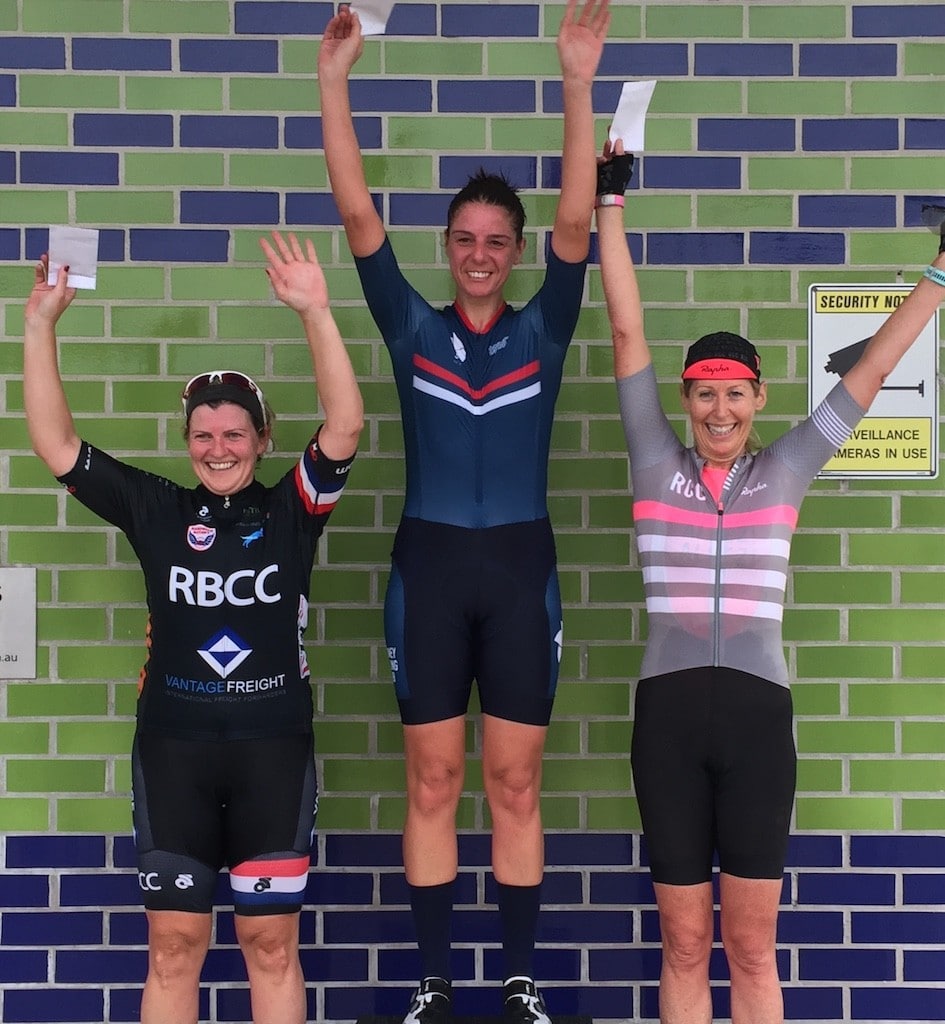