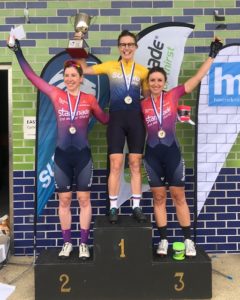 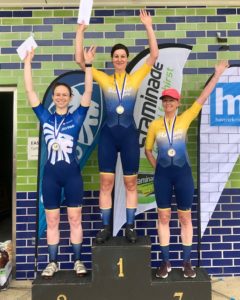 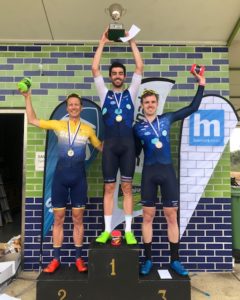 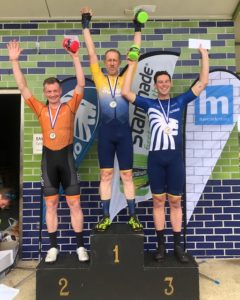 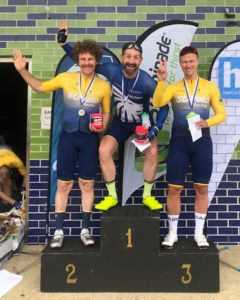 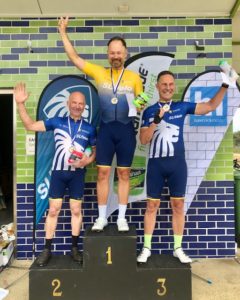 Div 1 Women
There’s a significant amount of effort expended by the club in to developing racing generally with some focus on our women. Those that have been working hard, largely behind the scenes, I am sure would have been proud therefore to see Nicole take the win – she was prepared to have a go and pulled the win off bravely – and the oozing camaraderie demonstrated throughout by all! In contrast to the focus and aggression in the men’s div 1, some of the early stages of the race looked a little pedestrian as they lapped passed – or was it that all thought it would only be the last 400m that counted? Perhaps so as it was only Nicole that was able to kick away early with our superwomen Georgie Kate-Rose and Anna Booth in very close sprint for the minors.

Div 2 Women – Div 3 Women
Much like the men’s race, division 2 was tightly held all the way to the finishing straight with the 3 place-getters away. In the end it was Taryn Cornell who kicked away in the straight leading in Rose Vassel and Victoria McNeill. And with rolling up of some competitors, Jane Ritchard was our Div 3 Champion.

Yes it was Jesse who took out our 2019 Men’s championship. I’m a great fan of Jesse; I just love the way he races, full focus, full gas whether at NRS events or a few circuits of Heff. And today was his day, hitting a very solid bunch and putting a suitcase load of pride into the jersey. It didn’t come as easy as some expected with an early break with Alex bravely shut down, well, at least until Jesse went again holding a 25 second plus advantage right to the line with Charl van Wyk 2nd and Angus Wilson sprinting in for 3rd. Well done all.

Div 2
While one may have been tempted to bet their home on the Div 1 winner, the large and pretty even field in Div 2 was much more of a lottery. In the end it took someone with the right mix of power, race smarts and experience to capture the win. Dr Richard Scriven threaded the needle – podium step 1 is all yours! It was a much fitter looking Ben Wray who went up the road earlier and if it wasn’t for a 28mm Conti, that move may have been decisive – Ben 2nd by a tyre. And in a very solid sprint, young Ryan Scarth held the sprinting field for 3rd.

Div 3
This was always going to be a solid race with an even field and pre-race chatter clogging the airways. With a muted, unhindering southerly though it was in the end a massive sprint from Ian Schmidt McLachlan that claimed the victory with Dave Leon 2nd and Craig Japp 3rd. Probably fair to say this was a popular result with these lads present and accounted for numerous times over the year.

Div 4
Ok, fair to say not the biggest field but it was fantastic to see a close race is this division. Personally I was thrilled to see numbers spread down and as it turned out, these boys kept at each other the entire race – you will inspire others in future years. Come the home straight it was the race experienced Christopher Chung, who sprinted away from Guiseppe Graziano and Craig Burrell in third. It was one race I would loved have  given the 4th place rider an award as there was nothing in this.

Well done to all medallists and congratulations to all who raced!