Battle of the Bridge Round 1 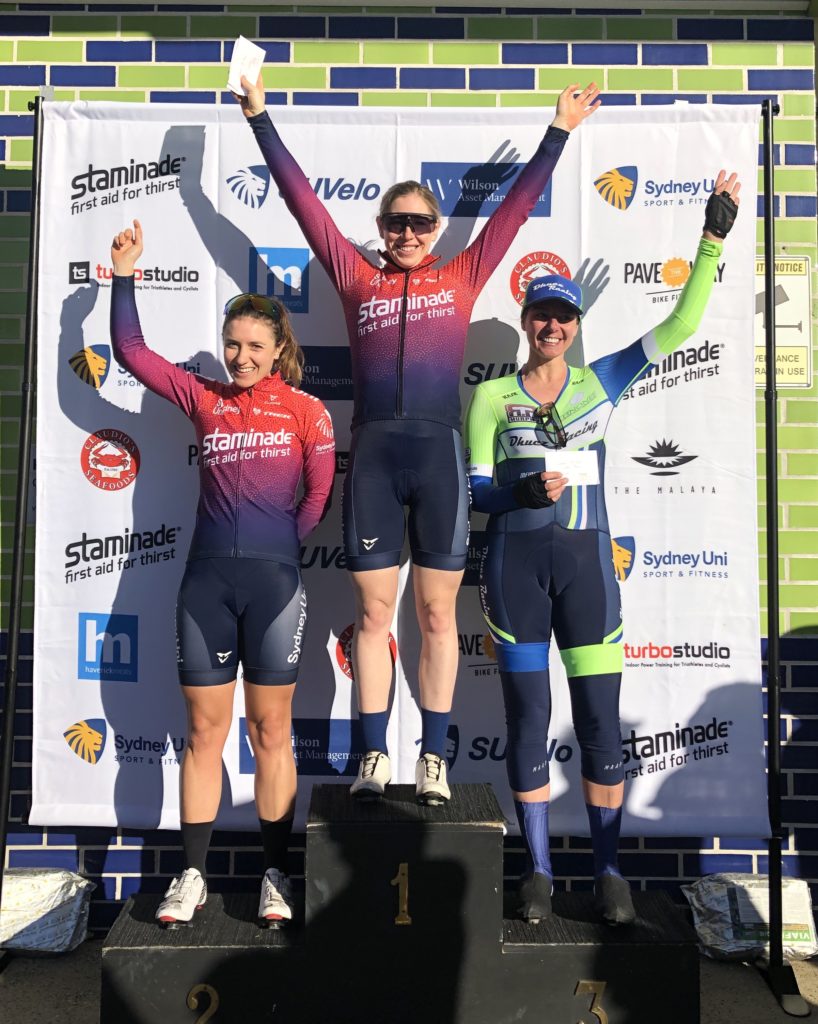 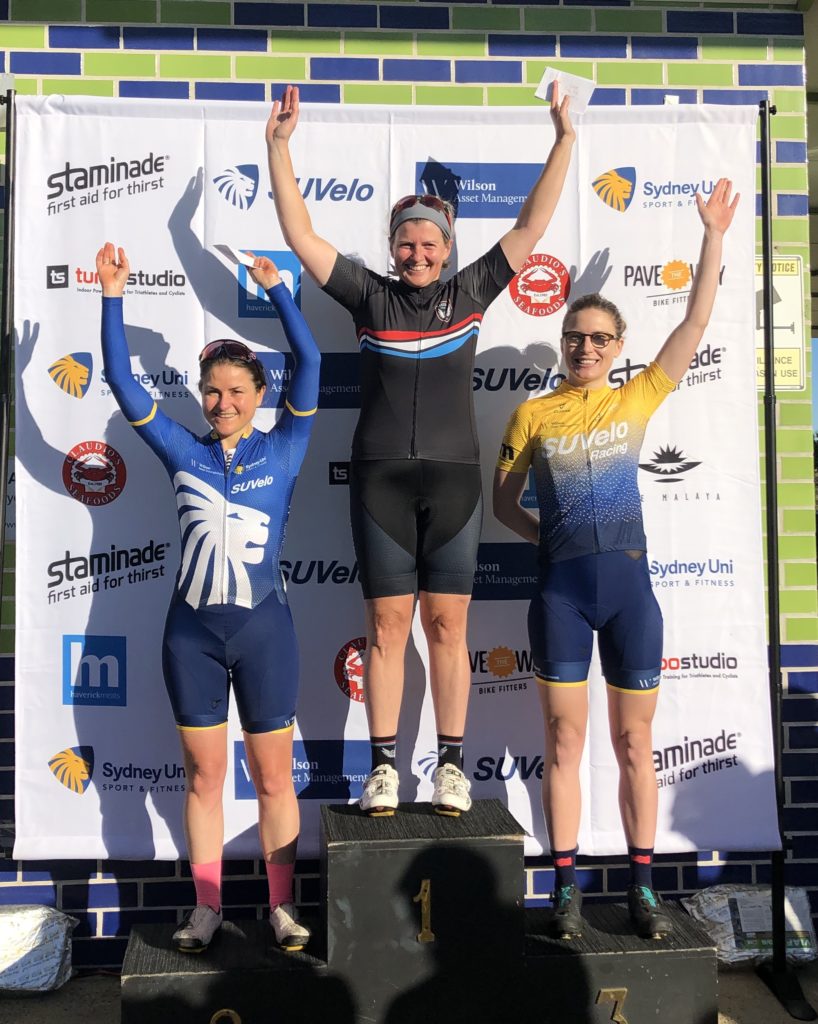 A glorious morning at Heffron greeted packed race fields in the hotly anticipated BOTB. Passports were stamped coming over the bridge and looking at the results they have done ok on foreign ground.

Racing started off with womens A and B and mens C. The coffee cart was firing out caffeine pre race and we were in for some early action as Anna Booth and Georgia Whitehouse formed an early 2 person break and this would prove to be the race. Nadia Younan rode very well across to the two but that took her energy for the finale. Georgia took the prime and win in similar fashion, proving why she is the leading light of ladies racing around NSW at the moment.

In a competitive B grade field there was again a race winning break that had the ever dominant Sue Henry and racing outside of club champs for the first time in a long time Gin Woods. Sue knew it was Gins job to get rid of her before the finale but she didn’t, and Sue comfortably rolled Gin in the sprint. Behind the remnants of the break saw Nicole Wilson adding to some fine recent form by taking 3rd.

Mens C
In what proved to be the only sprint finish of the day, Ian from SUVelo took out a fine win. All the early talk was of who was sandbagging and whether they really did have true form, but alas it was the familiar C grade faces who proved to be the strongest. 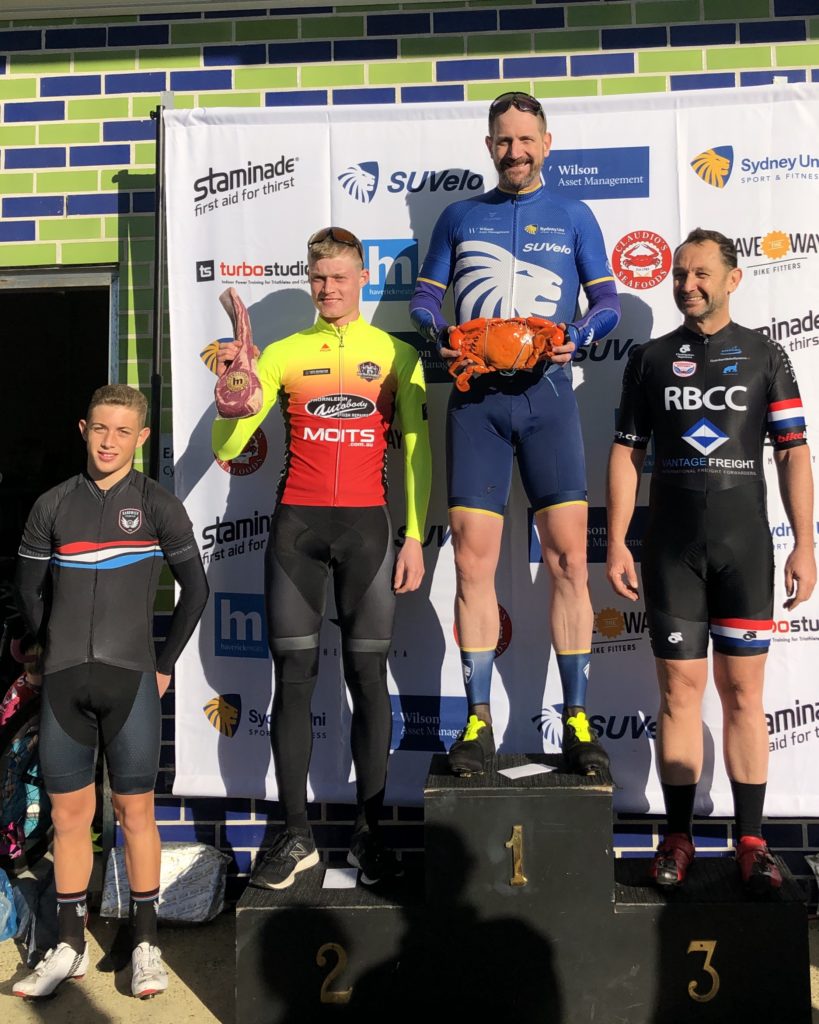 8:30 starts:
In mens A the race was a pure domination by Marcus Culey. By the time he attacked after only 10 minutes or so he was not to be seen again by the bunch. He frequently had the full straight of Heffron gap and even began to increase in later laps as he rode head down alone.
Behind the chase was taken up by SUVelo who were hoping off at the front, but despite strong work from the likes of Aaron Paul the gap wasn’t coming down.
By the time Marcus had finished, showered, eaten and done a post race stretching routine the bunch came through and Jack Bennett showed once again that he is the the fastest on two wheels around Heffron when all are together. The other three in the sprint were close, with the points getting shared amongst founder clubs.

In Mens B there was a break. Yes, you read that correctly. A breakaway, as in riders up the road, not all riding together…..
Whilst this seems a shock to many, the break rode very well and all were pulling fair turns. Helped by the somewhat equal distribution of riders in the break it was Nelson Aston who for a while looked dangerous, showing so by taking out the prime. But Mitch Dixon was just playing with them, knowing he had it in him come the finish. 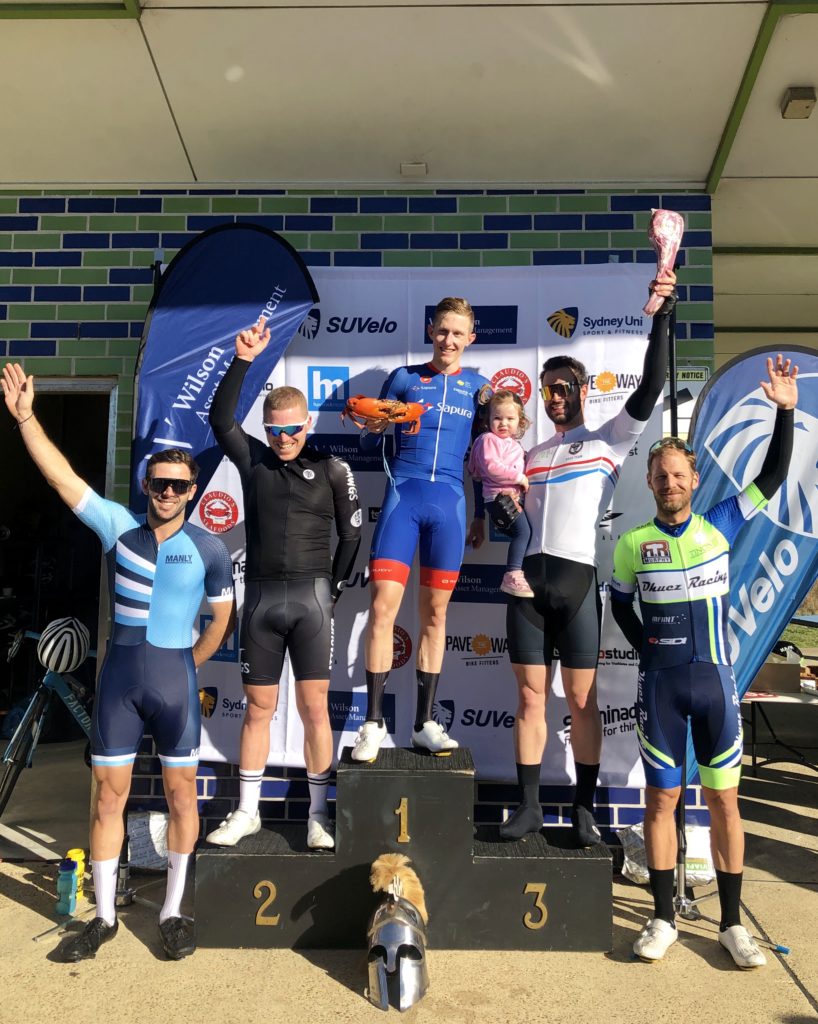 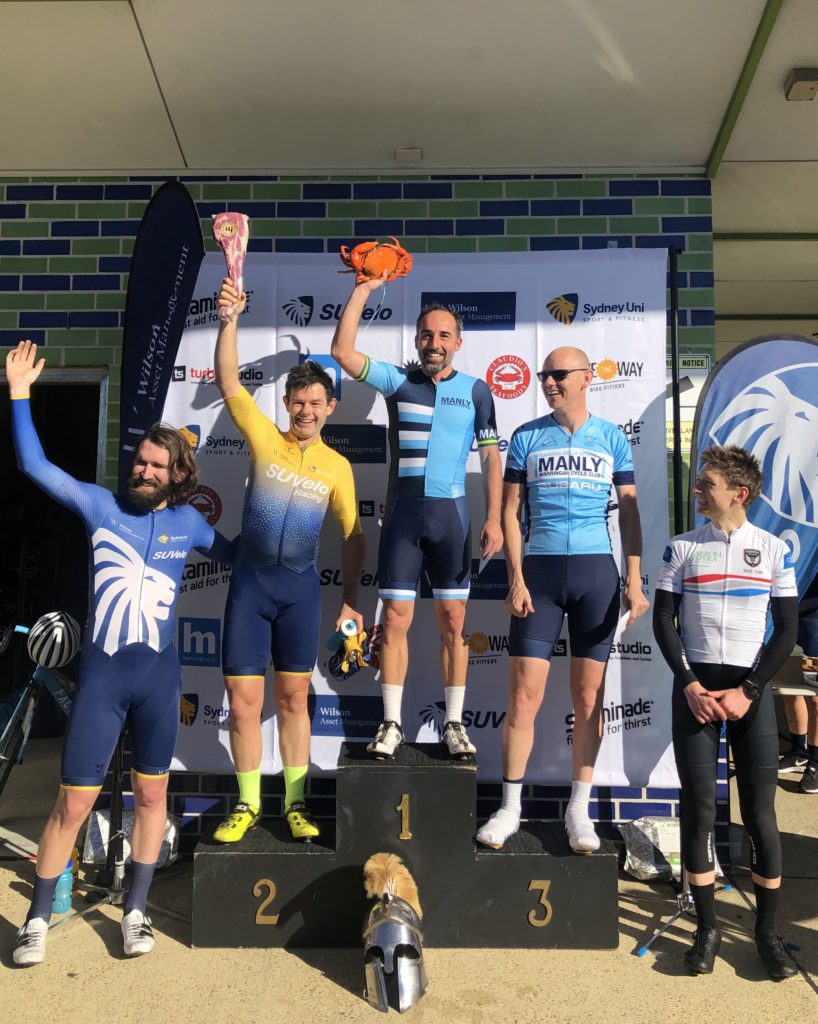 As always a big thanks to the helpers today, Duggo for keeping things official, Adnan and Roberto for marshalling and Aimee for the copious amounts of banana bread I managed to get through. A special thanks for Angus for working with the sponsors and making my jersey smell of crab when I got home…

Next week BOTB moved onto the north shore for the west head round. Speak to your clubs about entry. We then go to the spiritual home of racing again for the Randwick round, but a small break and the finale at Beauie.

As for SUVelo, we will be back with open racing 28th July. See you then.